The Poet Within Us All

Poets and poetry are to me, of all the writing disciplines, the most soulful – people and words, and perhaps the most thought provoking. I love music and so the musical quality of poetry speaks to me. There is something about how a poet weaves a story, sometimes vivid and disturbing and others soft and peaceful like a morning mist on the meadow that I both admire and envy.

Steven R. Drennon is my guest today, who has several books of poetry under his belt. I asked him what got him started in poetry, and here is his story:

It all started way back in high school as part of an English assignment.

Everyone was tasked with writing an original poem, and so I followed the rules of rhyme and meter and turned mine in along with everyone else. The following day the teacher pulled me aside and asked if I would mind if she read my poem out loud. I remember being a little embarrassed, but I agreed to allow her.

I sat there in class as she read my poem, and when she finished reading it, I was amazed. First of all, she read it with so much warmth and emotion, it was as if she truly understood just what I was trying to say. The second surprise was the reaction of the classroom, or rather the lack of reaction. The entire class remained quiet for a prolonged moment before finally some guy said “Wow!”, which caused several other people to start mumbling about it.

I was admittedly worried about what kind of reaction I would get from the guys in the class. I figured I’d probably get some teasing about it, but that was far from the case. Everyone seemed genuinely pleased with my poem! The teacher hadn’t revealed the author’s name, and when she did, I heard several nice compliments directed towards me. After the class a few people came up to me and told me that they really enjoyed it, and I was just overwhelmed with the positive responses!

A few days later, a girl friend of mine, that is to say a girl who was a friend, came and asked if she could have a copy of the poem. When I told her I had thrown it away with all my other graded assignments, she was beside herself! She told me that it was so wrong for me to do that. She tried to tell me that I should keep it and share it, along with any others I might write.

I told her that I had written several, but I never kept them. I just didn’t see the point and I didn’t want to be bothered with keeping track of them. She told me that from now on, I should give her any poem I wrote, and she would keep them for me. I still didn’t really see the point, but I decided to go along and agreed to give her every poem I wrote. Over the next couple of years, I wrote several poems, but never really kept track of them. I continued giving them to my girl friend and I never really knew or much cared about what she did with them.

This girl was someone I had known throughout junior high, and by the time we were in high school, I considered her one of my closest friends. Any time I had questions about girls, she was the one I turned to for advice. When I was feeling happy or sad about things going on my life, usually pertaining to other girls in my life, I would write about it in my poems. As I completed them, she collected them, and often she would comment on them and ask me what I was thinking or feeling, and I always shared that with her. Our Junior year, we were both in JROTC, and we were coming back from a weekend event on a school bus. We sat together on the bus and talked, just as we always had. It had gotten pretty cold that day, and she wasn’t wearing a jacket, so I took mine off and placed it around her shoulders. As we sat back, I left my arm around her and she laid her head on my chest and told me that she had dreamed of a moment like this for such a long time.

I was so surprised, because I had never known that she had any feelings for me. She had always been my most trusted female confidante, and now I was finding out that she had a crush on me. Needless to say, we ended up dating after that! I was further amazed a couple of weeks later when she showed me the notebook of all my poems she had kept. We read through them together, and it occurred to me that some of them must have caused her such pain because they spoke of my feelings for someone else.

Instead, she assured me that such was not the case. She told me that reading those words of love made her happy for me because I seemed so happy. The ones that caused her to be sad were the ones I wrote when I was sad and reflected my unhappiness. It was then that I realized that I was truly in love for the very first time. No other girl had ever touched me so deeply or so sincerely, and I’m not sure that any woman has since.

Her family moved to another state just before our Senior year, but we continued to write long letters and promised to stay in touch. Over time, the frequency of those letters diminished, but I still sent her every poem I wrote. Now however, it was a copy, with notes about my thoughts, and I kept the original. Thanks to her, I continued to keep the originals for the next 35 years. 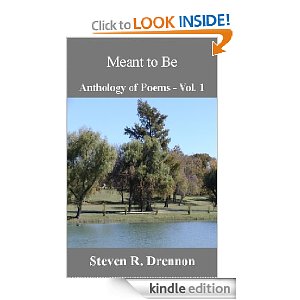 Over time she and I got married, but not to each other. We crossed paths from time to time, but our timing was never right, so it seemed we were not destined to be together. Even so, she gave me the greatest gift I have ever known, and that is a true appreciation for poetry and the ability of words to touch one’s heart.

This past year I decided to start typing up each of my poems, a collection which had now grown to about a thousand poems and songs. Every single one of them had been written by hand, and it occurred to me that if there was ever a fire, I would lose them all. Well, not all, because there was someone out there who had a copy of nearly all of them, save the most recent years.

Once I had them all typed up, I decided I wanted to start publishing them. My original intent in publishing was to make them available for my family, especially my children. It was never my true intention to make money off of them. So I bundled together six volumes of poetry with one hundred poems in each, and I published them as Kindle e-books.

Over the next few weeks, I saw a few sales, but I knew that they were mostly from friends and family. I didn’t mind, though, because that was the reason for publishing them in the first place. But then something surprising happened!

I got an e-mail from someone who had purchased one of my volumes of poetry, and she told me that she had absolutely loved it! I had no idea who this person was, but I wrote back to thank her for her kind words and for purchasing the book. Just out of curiosity, I decided to go and check my sales for that volume and discovered that I had sold a dozen copies! Not only that, but every single one of my poetry books had sold at least six copies!

I didn’t do any promotion for any of those books, so this was truly amazing. Then I discovered that one of the reasons for these sudden sales was that a different woman had read the first volume and had given it a review with five stars! It turns out this woman was one of Amazon’s top reviewers, and several people who follow her reviews decided to check out that first book as a result.

On top of that, she enjoyed the first volume so much that she ended up buying each of the other five and then wrote a separate review for each of them, giving all six volumes a five star review! Her followers picked up on her reviews, and for the rest of that week I was completely overwhelmed by the sales and the  flattering e-mails I started receiving!

Since then, I have added two anthologies, each of which contains the complete works of three of the original volumes along with an additional one hundred and fifty poems that had never been published. I decided I wanted to get the rest of my poems out there so that people could find them, and I have been very happy that I did so!

Even now, I don’t really do anything to promote my poetry, aside from a guest post every now and then such as this one. I’ve been focusing more on writing my novels, so promoting hasn’t really been at the top of my agenda. In spite of that, I find that every now and then a few new sales will come in and I’ll get a very nice e-mail from someone who enjoyed my writing and wanted to let me know that I had touched them in some way.

I may never become a famous poet, which is fine, because that is not what I set out to do. Even so, I am content just knowing that I have had the opportunity to bring someone a smile or maybe make them feel enough passion through my words to shed a tear.

I have not seen my girl friend in many, many years. In spite of that, every time I receive a compliment from someone who has read one of my poems, I am quickly reminded that it never would have happened if it had not been for her. Thanks to her, I found my first true love, and thanks to her, I’ve had a lifetime to  share it!

Meant to Be – Anthology 1

More of Steven’s work can be found here – 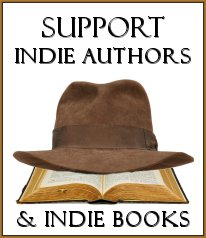