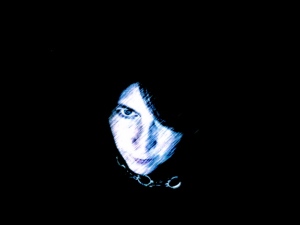 I was always one of those ‘off in my head’ type kids. The class daydreamer. There were notes sent home for sure.

The first story I wrote I was about nine or ten. It was illustrated (in color!) on 3 x 5 cards – a tale about a young princess in search of the King’s approval, who went out and killed the evil monster none of the knights could slay.

A few years later, reading the Lord of the Rings left an indelible brand on my view of fantastical worlds, which was then complicated by my immediate love of Star War. So it’s no real surprise to me that I’m still writing after all these years. Also, you’ll very likely spot those influences on more than a few pages.

The first nuggets that became The Broken Seal (formerly The Guardians of the Word) began many, many years ago, stopping and starting while life moved on. It wasn’t until 2008 that Chosen formed in my brain and became the first book of the series. (Oddly enough, Legend was actually written first. I started in the middle and expanded from there.)

The adventure has been more than worth it and rewarding in a way that isn’t easily described. I’ve enjoyed it – mostly – except when certain characters did unexpected things, leaving me to contend with the aftermath which frequently involved writing non-stop for days and days. The best part has been getting to know the incredibly helpful and wonderful community I’ve met because I took a leap of faith and dared to dream.

30 responses to “About the Author”

This site uses Akismet to reduce spam. Learn how your comment data is processed.